Day 10–God working so we can stay in Teshio!

You are here:
Never have we seen a month go by so fast as this November has and we apologize for not continuing our history review for this whole month. But you honestly weren’t left wondering, were you!! God moved in the elderly gentleman’s heart to allow us a two year grace period. We had to pay for two year’s worth of rent (at that time around $2000) and then at the end of two years we either paid him the asking price for the building or get out! In two week’s time we had to come up with the $2000 and Praise God we had a CD that matured right at that time and it was just the amount we needed!!
Our notes also have that we were running a “Kayo-gakko” (Tuesday School) in our home during this time of transition period. We would run it like a neighborhood Bible time and also use it as a time to invite these children to S.S. This was another point of advancement in our language ability and kept Ken busy in preparation for that as well as his once a month preaching and regularly weekly S.S. lesson. Each was a step in our working completely on our own.
This short time period was also a very hectic time period for us as we lived in two places and Ken was ‘working’ in three 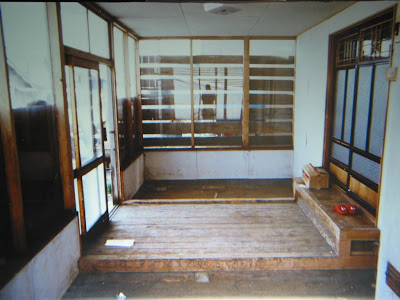 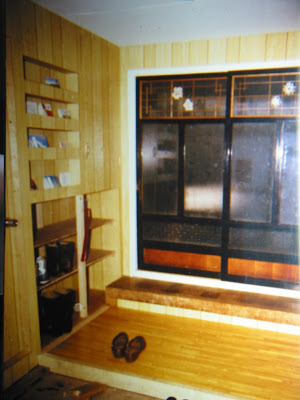 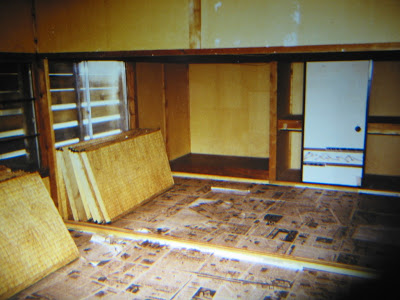 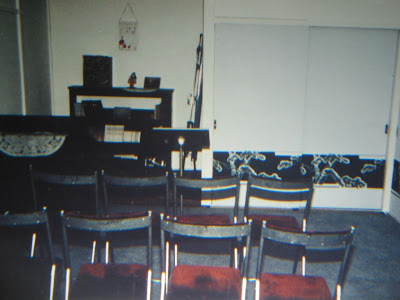 of them! Oh, that doesn’t add up you say?? Well we were covering bases for a short time in a small northern town called Hamatonbetsu while the missionary was in the States getting married to the veteran missionary’s daughter and finishing some schooling, doing a little extra deputation before returning to Japan. A couple days of the week Ken would also travel to Teshio to continue the renovation of the building in order to move. The rest of the week we would be in Wakkanai. Can’t imagine trying to keep that kind of pace now…guess that’s why it’s better to have those type of schedules when you are younger!

Original rooms which would have been a living room, multi-purpose room area.

same room with divider taken out and whole area made into a ‘meeting room’.