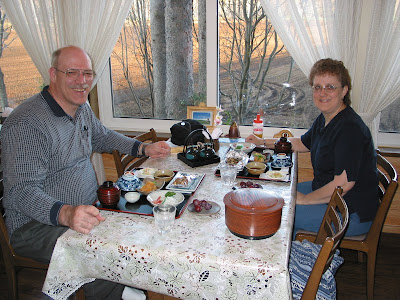 We can’t remember some of the early adjustments without talking about food! Strange food? No, just different food…in a land of almost 100% differences we tried as a family to say that things were different not strange–for they weren’t strange to those that lived here. ‘UUUyuck’ was never allowed to be uttered, although even we must admit there were times that our first thought as we looked at what was in front of our eyes, was almost those exact thoughts!
Here is what Vicki had written in her notes of those early times:
I still thank the Lord for the gracious people who helped me learn how to shop and cook with Japanese ingredients: from our beginning training in the missionary’s home to the ladies who befriended me in our early years in Teshio. When we first moved to Teshio that was one of the main ways I could get to know ladies around me. I offered to teach them how to cook or bake something American and they would offer to help me learn a Japanese food. I love to cook and experiment so it was very interesting for me to learn these new foods–but oh the time consuming preparation and ALL those dishes!

Japanese eat with chopsticks so everything has to be prepared in such a way that there is no cutting involved after it is served. That includes the main course items even when it is meat. They usually have a soup with their meal and for many that is their liquid until they drink many cups of hot green tea after they get done eating. Many elderly Japanese eat fish, rice, and miso soup three times a day with variations through the vegetables and fruit that is also served. We had made a promise to each other that we would do our best to always at least eat a new food once, politely in a home where we might be visiting or if it was given to us. This way we would learn to enjoy the continual new tastes that were introduced along the way. Then over a period of time we also did repeats of the ones we learned to like. The only thing we never really had a desire to do, although we have done it at times, was to have the Japanese style breakfast as mentioned. Somehow our American stomachs just never thought facing rice and fish for breakfast was such a good idea. Now we eat many kinds of Japanese foods and much more rice than we do potatoes. We are also blessed by living in northern Hokkaido so the potatoes we eat are very delicious although we do miss those BIG Idaho baking potatoes every once in awhile.

Now we must admist there are some foods that once tried we hope they never have to pass our lips again if we have a polite choice!!

Although our daughter learned to like ‘tobiko’ the smallest raw eggs similar to caviar only smaller and red, the rest of us would rather pass on that one. 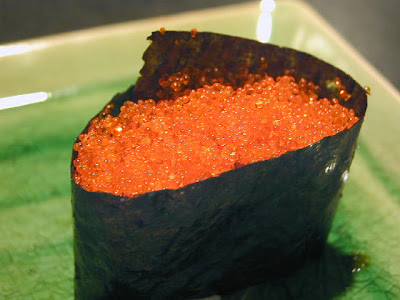 Fresh and canned sea urchin is a delicacy in this land but that’s OK..we’ll let them enjoy it. The first time we tried it was right on the beach; just caught, cut in half and scooped out! It had sort of a walnut taste in a clam like texture. 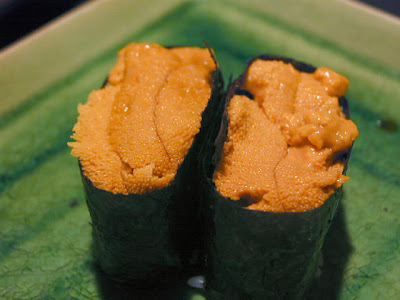 Natto (fermented soy beans) are also an item that even the Japanese either like or dislike…guess which one we are!! It has a slimy feel around the beans and quite a strong smell. 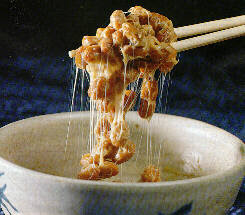 Japanese are very frugal in their use of fish caught to eat and would never throw away the things that Americans do when they clean the fish. We have watched with Japanese, Americans cutting up salmon and halibut in Alaska and the Japanese have called out, “Oh, don’t throw that part away–that’s the best part!” I must admit the first time I ate fish-head soup (I didn’t know what I was eating and was afraid to ask) I was doing OK until an eyeball came to the top! OK, enough of that story! In time, we came to understand the different foods and I can clean and filet a 6 or 7 pound salmon with the best of them! That was always Michael’s job after he got older because I really don’t like the job. After he left I had to learn to do it or not eat salmon…if you like fresh salmon like we can get here in the fall, then you know I was willing to learn even that. OK, I’ll tell my secret–I use rubber gloves and I find that I don’t breathe quite as deep when I am cleaning them either.—

Needless to say after 25 years we can enjoy a good American meal or Japanese foods as well. We have our favorites that we eat alot and others less often. We enjoy introducing American foods to the Japanese at times as well and to this day, probably lasagna and pizza are two of their favorites!!

Are you hungry now? I am, so off to fix lunch!