You are here:
From that title we are sure you get the idea–the food in Japan–the same or different you wonder! Browns that remind you of chocolate; dark creams that remind you of peanut butter; bottles that look like wine but have oil in them; vegetables that we have never seen the like before…and then there is the fish and the other things that come from fish…well maybe we won’t go there for today.

We had only been in Japan for a few weeks so still didn’t speak the language except a couple memorized phrases. We had been given the opportunity, though, to foray out as a family for the first time one afternoon. We headed downtown to walk around and take in the sights. As we went into one deparment s 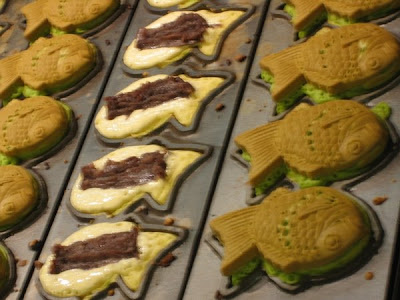 tore, there was a vendor out in the entryway. She was selling a Japanese ‘sweet’ called *taiyaki* which was a fish shaped pancake type pastry with two kinds of filling. One was a creamy yellow color and the other a deep brown. Dad held up four fingers and pointed to the creamy yellow ones and one finger to point to the dark brown ‘chocolate’ ones. Mom was craving chocolate and they looked like just the thing. We received our just-off-the-grill warm filled fish shaped pancakes and the family quickly said “mmm good” as they bit into the custard filled pancake. Then Mom took a bite of hers and remember, she was dreaming creamy chocolate..but quickly almost spit the bite right back out! To her chagrin, we found out afterwards Mom had picked a pancake filled with a well-loved Japanese sweet of creamed and sweetened adzuki beans. In time, she learned to like almost any Japanese style sweet, bean paste included! Meanwhile, we will never forget the time that Mommy thought it was chocolate.

The next came about about 3 years later when we were in Teshio.

Daddy’s peanut butter story came about because Mommy was going to be away overnight. She is a member a ladies’ chorus and they were going on a trip. That’s OK, Dad can cook a little and there is always peanut butter and jelly (although we doled the peanut butter out very sparingly because is wasn’t available in Japan) as well as the wonderful omelets he makes for breakfast.

Dad is also wonderful at BBQ cooking, cooking on our yearly camping trip, and sometimes for breakfast but he likes Mommy’s cooking so lets that be the extent of his exploration into cuisine styles. He figured peanut butter and jelly sandwiches for lunch were a safe choice. He searched in the refrigerator for the jam and also found a Tupperware container of ‘peanut butter’. He cheerfully called the kids and presented his meal with style! After the first bite, the kids all called out, “Dad what is this?” To the answer of peanut butter and jelly, they all replied, “well then something MUST be wrong with the jelly because it just doesn’t taste right.” So he tasted the jelly in the jar…no, nothing wrong there. He tasted some of the sandwich and sure enough, it just wasn’t good at all! Even Shiba the dog didn’t like them. No one remembers what he ended up giving everyone to eat as a substitute, but they will never forget what Mom told them when the ‘peanut butter’ was 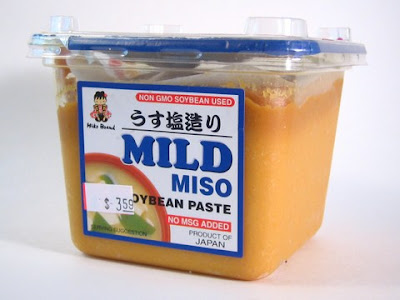 pointed out to her when she returned home. “That isn’t peanut butter, Dear, that is miso!”

Miso is a fermented salty bean paste (yes, a light brown creamy color) that is used a little at a time in a hot soup eaten daily by the Japanese. Dad learned that miso was kept in the refrigerator and peanut butter was kept on the shelf!!


Until next time, Enjoy your PBJ and chocolate where ever you are! 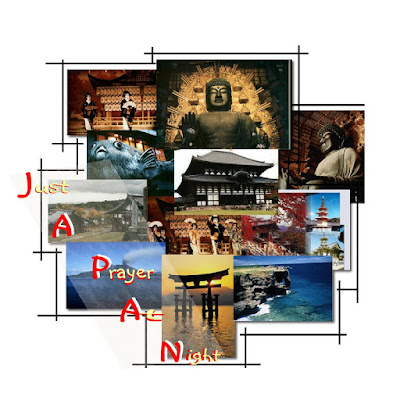