Our first home and other firsts

You are here:
Beings we didn’t have a car the first couple years we were in Japan it was nice that at least the church was only about a 15 min. walk away (depending on whether we were walking with our children or not). It was a quiet neighborhood but opportunities to be with neighbors especially with small children were plentiful. Vicki was helped in her language learning by a neighbor lady who loved to talk and didn’t mind that she couldn’t answer much in return. The children could safely play in the part right across from our house.
You noticed we didn’t take a picture of the restroom in the house…probably because it was basically an indoor outhouse! Ken fixed it up really nice (just enough room to stand in there–so typical of older homes) and then you added ‘medicine’ to it every week or so as well as hung air fresheners to help keep the odor livable. Once a month you called the ‘honey truck’ to come vacuume out the holding tank….well enough of that subject! 😉
The only sink in the house was the kitchen sink so all teeth brushing, dish washing, hand washing was done there. So many many things to get used to but over and over again Vicki especially was glad it was better than so many missionaries live in across the world!

An early challenge with the children…can you imagine how light haired and red haired children would stand out in this land of black haired people!! Our children were 6, 5, & 2 1/2 when we came. One of the early words we learned because we heard it so much was “kawai”–Cute!! Maybe said 2 or 3 times! Then people would often offer candy and other things to the children. We quickly taught the older two how to say basically ‘no thank you’ in Japanese so they would still have their own teeth when they get old!! Only they had to also be taught to keep saying it about 2, 3 times before people would be convinced that they really didn’t want it….well couldn’t take it. Eventually we compromised and made it 3 times and if the people still insisted then bring it home and we would dole it out.

First sewing machine: quote from Vicki’s letter to her mom–‘We just got a new sewing machine for me from our local ‘garbage rack’ (in those days everyone threw out things they didn’t want on the block corner on a certain day of the week to be picked up by the garbage man..we often found items we could use there)…it is beautiful with wood cabinet, smooth running parts, back and forward stitch and built in exercise equipment! It’s a National Pedal Sewing machine…it took a couple times for me to get the hang of coordinating my feet and the wheel that controls the needle but we are getting along fine now.’

First winter: “..we are snowed in royally this morning (1-16-84). Don’t know how much snow we got with the storm but now it is a big ground blizzard. The snow at the front door is up to my waist (Vicki’s) and it’s probably higher in the backyard…(2 weeks later)-The snow here is unreal. It is light & fluffy but comes down in large quantities. We use a big wide ‘scoop’ shovel with large square handle that you can hold onto with both hands and you push it smoothly along the ground as you scoop up the snow. Works great and is a back saver. I (Ken) spent 2 hours the other day clearing 3 feet of snow off one side of the house so that light could come back into the windows. There is still a 3 feet by 8 foot section left along the road side.” 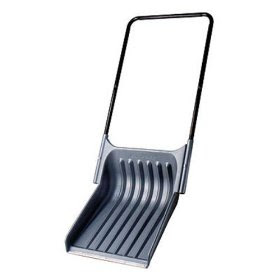