You are here:
As we look back on various beginnings in the ministry both during training and once on our own, we are reminded that God’s timing is never “coincidence”. The key is just having our spiritual eyes open to see the openings that God gives at any particular time. One example of those times came in the first year we were in our training:
Before we moved to Teshio, Ken and two others were traveling every other week to hold a S.S. hour. Ken at that time was the driver and the other two lead the service of children. He often took his ‘sermon’ that he was practicing on after it had been corrected in the Japanese language. He went out on the steps of the building where the S.S. was held. That day six boys came up to him and Ken told them about the S.S. going on inside and they were welcome to go inside. So he practiced his sermon outloud two times through and that way they heard the Gospel while they sat there!
It didn’t stop there that day. When they got back to the church in Wakkanai, Ken was still outside when a boy started to walk by walking two dogs. The boy stopped and greeted Ken and then asked him what the building was. Ken explained that it was a church and what goes on in a church. He also invited the boy to the evening service that night.
Although we do not know what happened to that boy, he did come back that night to the service! 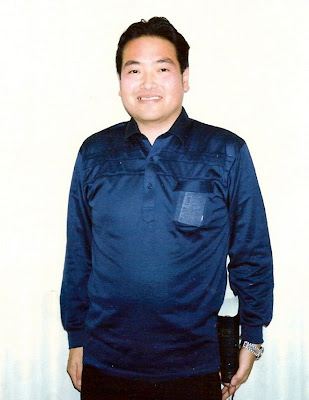 A man in the center of Hokkaido had an interest in flags and governments of other countries and wanted help in writing letters to particular people in England especially. To make a long story short, after we had been in Teshio about 2 years after our first furlough, he eventually came to stay with us for a short time because along with those translation letters Ken had always included tracts. Mr. Endo wanted to learn more about the Bible and Jesus Christ. In time, Ken lead him to the Lord and he was baptized. We have the joy of knowing we will see him in heaven when we join him there.

As we teach children in our home and the two other outreaches in Enbetsu and Horonobe, we include a special field day every year in the summer. We hav 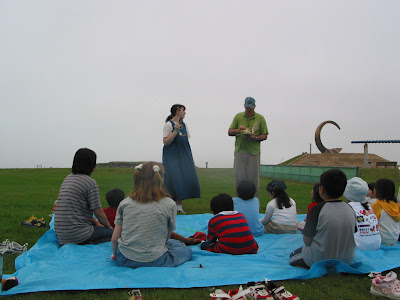 e tried a two or three day VBS type of program but it has never worked in our town. So instead this four hour games/lunch/Bible time has worked well. Again we long to see the Gospel work it’s way into the hearts of the young children. Customs, parents, school teaching and so many things in this day and age work against this on a continued basis. But will continue to at least get a message of God’s love for these children
Even after all these years we know that we need to always be ready to give an answer of the hope that is within us. Any situation can open doors for spiritual conversation if we will take it. Does it get any easier to try and open those doors? No, but our God is not a changing god so we have confidence in His wisdom and strength. Thank you for supporting us in this as well by your prayers.